„We don’t need no education…“ 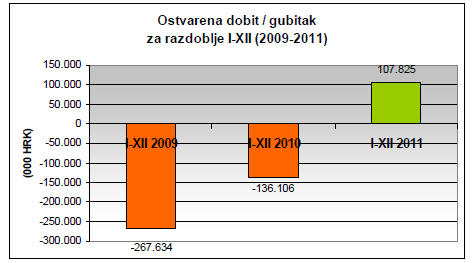 “Fear your losses and let your profits run”
“It was never my thinking that made me money but my sitting tight”
“Markets are never wrong, opinions are”

In the Squibb building at 745 Fifth Avenue, he entered in the Sherry-Netherland Hotel on November 28, 1940, at 4:30 in the afternoon. By 5:33 he walked through the swinging doors and slipped through the closed door of a dim, dark, cloakroom. He sat on a stool at the end of the cloakroom. He withdrew a .32-caliber Colt automatic pistol (he bought the gun in 1928 while he was living in Evermore). He placed the barrel of the gun behind his right ear and pulled the trigger. He died instantly.[10] Livermore was 63 years old.

The police revealed that there was a suicide note of eight small handwritten pages in Livermore’s personal notebook. It was reported in the November 30th of the New York Tribune[11].

Although untouchable trusts and cash assets at his death totalled over $5 million, he had failed to regain his trading confidence by his death. A lifelong history of clinical depression had finally become the dominant factor in his final years.

Today, Livermore is regarded by many professional traders to be the greatest trader in history.

One of the key factors mentioned by almost every good trader is discipline. Discipline, as you might imagine, takes a variety of forms. For beginning traders, one of the toughest challenges is to keep trades small. Believe it or not, more than a few top traders don’t allow any one position to account for more than 1% of their total portfolio. Linda Bradford Raschke, one of the traders featured in The New Market Wizards, attributes much of her success to managing risk in this way. As a result, her average trade, at the time the interview, had a profit of only $450. At the same time, her average loss was only $200. Keeping her position small didn’t impede her profit though. By remaining disciplined, she earned over $500,000 trading that year.

Another aspect of trading that involves discipline is limiting your losses. Here, there isn’t a magic formula that works for everyone. Instead, you have to determine your own threshold for pain. Whatever you decide, stick to it. One of the biggest mistakes people make is to take a position with the intention that it be a short-term trade. Then, when the position goes against them, they make a seamless and unprofitable transition from trader to long-term investor. More than a few people have gone broke waiting for the trend to reverse so they could get out at break-even. If you are going to trade, you have to be willing to accept losses–and keep them limited!

Another mistake novice traders make is getting out of profitable positions too quickly. if the position is going well, it isn’t healthy to worry about giving it all back. If that’s a concern, you might want to liquidate part of the position or use options to lock in your profit. Then, let the rest of it ride. Mark Ritchie, one of the founders of CRT, an extraordinarily profitable Chicago-based trading company, once kept a trade on for 4 years because it kept working for him. Not every trader has that kind of patience. And not every trader makes as much money as Mark Ritchie.

It isn’t uncommon for people to view trading as a fast-paced, exciting endeavor. Fast-paced? Absolutely. Exciting? Now that’s a matter of opinion.

More than a few traders interviewed in The New Market Wizards emphasize the importance of remaining unemotional and even-tempered. To these people, trading is a game of strategy that has nothing to do with emotion. Emotion, for these traders, would only cloud their judgment.

In the book, Charles Faulkner, a Neuro-Linguistic Programming trainer talks about one trader who was extremely emotional. Although Faulker was able to show him how to be less emotional and more detached, it became quickly apparent didn’t enjoy being emotionally unattached. He found it boring. Unfortunately, emotion involvement in trading comes at a high price. Before too long, that trader went broke. The morale of the story is simple: If you insist on being emotionally attached to your trading, be prepared to be physically detached from your money.

One of the most interesting interviews in the book was with Robert Krausz, a member of the British Hypnotist Examiners Council who specializes in working with traders. According to Krausz, one of the biggest mistakes traders can make is to agonize over mistakes. To beat yourself up for something you wish you hadn’t done is truly counterproductive in the long run. Accept what happens, learn from it and move on.

For the same reason, it’s absolutely crucial to take responsibility for your trades and your mistakes. If you listen to someone else’s advice, remember that you, and you alone, are responsible if you act on the advice.

Perhaps the most striking example of emotional distance in trading mentioned in Schwager’s book was attributed to Peter Steidlmayer who reacts to positions that go against thinking to himself, “Hmmm, look at that.” If only we could all be that calm!

Of all the emotions we could possibly experience, fear and greed are possibly the two most damaging.

Of all the emotions that can negatively impact your trading, fear may be the worst. According to many of the traders interviewed in The New Market Wizards, trading with scared money is an absolute recipe for disaster. If you live with the constant fear that the position will go against you, you are committing a cardinal sin of trading. Before long, fear will paralyze your every move. Trading opportunities will be lost and losses will mount. To help deal with your fear, keep in mind what fear is:

The flip side of fear is confidence. This is a quality that all great traders have in abundance. Great traders don’t worry about their positions or dwell on short-term losses because they know they will win over the long term. They don’t just think they’ll win. And they don’t just believe they’ll win. They KNOW they’ll win. As Linda Bradford Raschke put it, “It never bothered me to lose, because I always knew that I would make it right back.” That’s what it takes.

For many traders, sharing opinions and taking a particular stance only magnifies the stress. As a result, they begin to fear being wrong as much as they fear losing money. Although it may be one of the hardest lessons to learn, the ability to change your opinion without changing your opinion of yourself is an especially valuable skill to acquire. If that’s too hard to do, the alternative may prove much easier: Don’t talk about your trades.

Greed is a particularly ugly word in trading because it is the root cause of more than a few problems. It’s greed that often leads traders to take on positions that are too large or too risky. It’s greed that causes people to watch once profitable positions get wiped out because they never locked in profits and instead watched the market take it all back.

Part of the remedy for greed is to have, and stick to, a trading plan. If you faithfully set and adjust stop points, you can automate your trading to take the emotion out of the game. For example, let’s say you are long the 50 calls in a stock that rises more rapidly than you ever expected. With the stock at $77, the dilemma is fairly obvious. If you sell the calls, you lock in the profit but you eliminate any additional upside potential. Rather than sell the calls, you might buy an equal number of 75 puts. The $25 profit per call that you just locked in will more than offset the cost of the puts. At the same time, you’ve left yourself open to additional upside profit.

Another strategy successful traders use is to gradually get in and out of positions. In other words, rather than putting on a large trade all at once, buy a few contracts and see how the position behaves. When it’s time to get out, you can use the same strategy. Psychologically, the problem people have implementing this strategy is that it takes away the “right” and “wrong” of the decision making process. It’s impossible to be completely right or completely wrong using this strategy because, by definition, some of the trades will be put on at a better price than others.

For floor traders especially, instincts often play a crucial role in trading. To truly appreciate this, just close your eyes and imagine making trades in a fast market with dozens if not hundreds of people screaming around you. In this environment, it becomes absolutely essential to maintain a high level of awareness about everything going on around you. Then, to have the confidence to pull the trigger when necessary, you have to trust your instincts. It’s absolutely amazing to see how some floor traders, even in a busy market, know exactly who is making what trades. For these traders, expanded awareness is often a necessary prerequisite to fully developing and trusting their instincts.

The same is true for off-the-floor traders as well. Watching how markets behave and developing a feel for the price fluctuations is truly time well spent. Unfortunately, in this era of technology, people have become so removed from their natural instincts that many are no longer in touch with their intuition. This is unfortunate because intuition functions as a wonderful inner guidance system for those who know how to use it.

One trader interviewed by Jack Schwager in The New Market Wizards relies so heavily on his intuition that he didn’t want his name in the book for fear his clients would be uncomfortable with his strategy and move their money elsewhere. Speaking anonymously, he described in detail how he establishes a rhythm and “gets in sync” with the markets. In this way, he has learned to distinguish between what he “wants to happen” and what he “knows will happen.” In his opinion, the intuition knows what will happen. With this knowing, the ideal trade is effortless. If it doesn’t feel right, he doesn’t do it.

When he doesn’t feel in sync with the markets, this trader will virtual trade until he feels back in rhythm. But even here, he keeps his ego and emotion out of it. His definition of out of sync is completely quantifiable. Being wrong three times in a row is out of sync. Three mistakes and it’s back to the virtual trading. Now there’s a strategy almost everyone can benefit from. 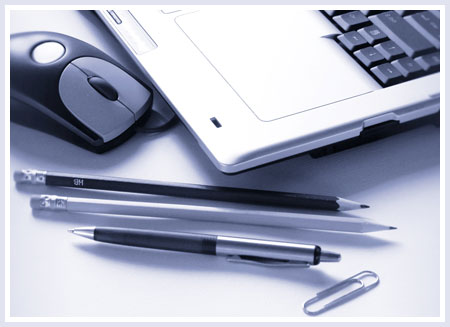